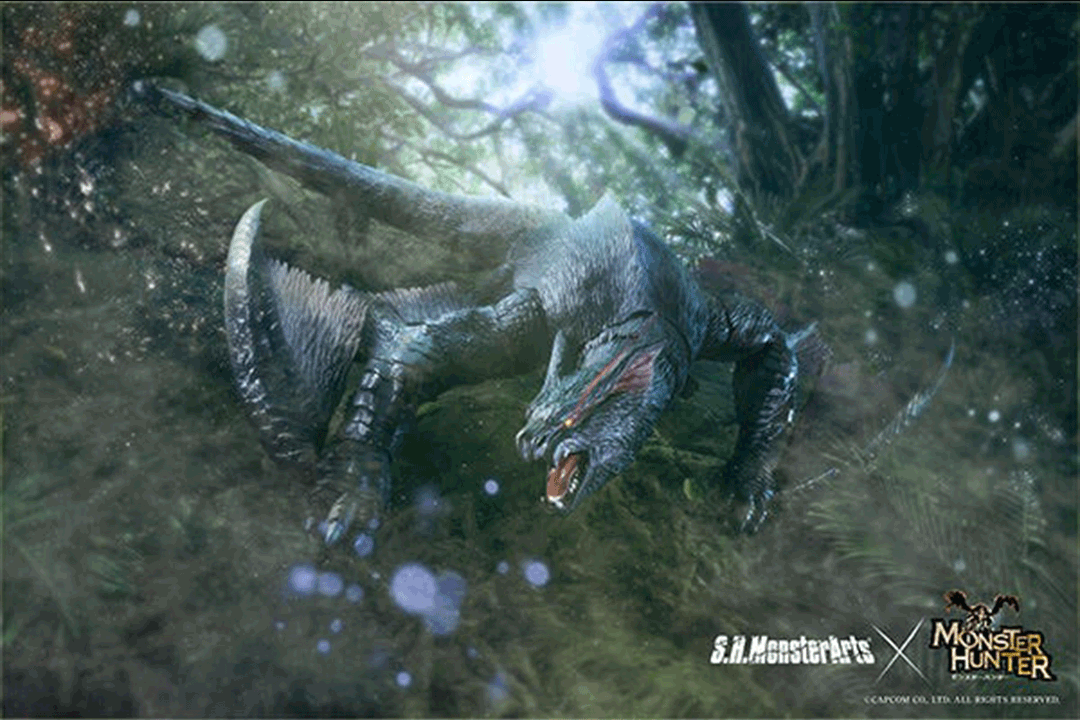 Last week Tamashii Nations announced a partnership with Capcom, bringing the Monster Hunter game franchise to the S.H. MonsterArts figure line. This powerful combination looks to bring unquantifiable joy to Monster Hunter fans around the world. Now, instead of killing these amazing creatures, players can collect, study and share their beauty with their friends and fellow hunters.

Monster Hunter made its debut back in 2004 on the PlayStation 2 console. The game first launched March 2004 in Japan. Eventually, making its way to the US in September that same year. What's interesting about Monster Hunter is the game doesn't give players much in the way of instructions. Instead, players must figure things out on their own and hope for the best. Luckily, the gaming community, specifically the Monster Hunter Community, is extremely helpful to fellow hunters. There is no shortage of tips or guides to help others on their adventure. Over the course of the last 16 years, the franchise has seen four direct sequels and nearly a dozen spinoff or expansion series.

The first S.H. MonsterArts figure from Monster Hunter was revealed to be Nargacuga, a flying wyvern, covered in pitch black fur. It's known for being extremely agile on the ground and moves with explosive bursts of speed. The Nargacuga made its first appearance in Monster Hunter Freedom Unite (2008) on the Sony PSP. Most recently, you can find the Nargacuga pounding faces in Monster Hunter World: Iceborne (2019).

There are several monsters we would love to see added to the S.H. MonsterArts figure line. Some of our favorites include Rathalos, Rustrazor Ceanataur, Valstrax and Lagiacrus. The images featured in the gallary below came from the Monster Hunter Fandom Wiki. It's an excellent resource for all things Monster Hunter!

We took to social media to confirm we were not alone in our excitement, and here are some of your responses. Be sure comment below on any figures you would like to see added to S.H. MonsterArts.

Probably a Valstrax figure, definitely one of my favorite designs from the series

I would love to see Namielle, Nergigante, or any other elder dragon. And of course Rathalos