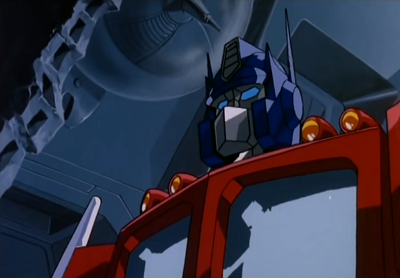 With all the new Transformers model kits becoming available from Flame Toys, we thought it would be a great time to rank our favorite Autobots. Most of names that made this list had their debut in Gen 1 Transformers. However, a few characters on this list are represented in their movie form. Regardless, we hope your favorites made this list, and we would love to hear which characters you feel should have made the cut.

Yeah, yeah, yeah... We know this is a bit of a weird choice, but at the end of the day this little guy is a real hoot that makes us laugh throughout Transformers: Revenge of the Fallen. If anything, Wheelie proves that heroes come in all shapes and sizes. "This guy is a legend... Like, like chairman of the board!"

Normally when we think of Jazz we want to shout "skibbity-bop" and snap our fingers to a noisy tune only we can hear. Jazz, the Autobot, can dance to any tune. This fun-loving Transformer was originally voiced by Scatman Crothers, and always lights up the screen with his positive attitude.

Prowl is often considered Optimus Prime's right-hand man. His military background and strategic abilities make him an invaluable asset to the Autobots. Unfortunately, Prowl was annihilated in quick fashion by Constructicon Scavenger during Transformers: The Movie. Eek!

A robot of science with a love for humans. This appreciation for mankind led him to leave the Decepticons and his longtime friend, Starscream. Sadly, Skyfire felt he needed to sacrifice himself in order to stop the Decepticons.

If you look closely you can see tiny bits of Ironhide being blown away by Megatron's fusion cannon at pointblank range. While we admit this is a grim image of our hero, it's worth noting he fought to his dying breath. His fallen friends (Brawn, Prowl and Ratchet) met their demise just before Megatron ultimately ended Ironhide's suffering. Before all the carnage, Ironhide was a force to be reckoned with, and among one of the eldest Autobots. His assortment of liquid arsenals included water, nitrogen and acids, oh my!

This hot-head with a cool whip can turn circles around almost any Decepticon. He's such a badass that he becomes the leader of the Autobots after the untimely death of Optimus Prime during the Battle of Autobot City. Cue the music "You've got the touch!"

The former Decepticon known as Deadlock has a checkered past to say the least. This samurai Autobot has a lot of blood, err... oil on his hands. Upon realizing he's been a baddie all this time, he ditches the big ol' guns and trades them in for swords. Now if only he can find a place in this ugly world he helped create.

Technically not an Autobot, but he fights for the good guys. Besides, it's our list so who cares? "Me Grimlock" 'nuff said.

Everyone's favorite yellow Autobot makes his way to #2 on our list. One of our favorite Bumblebee moments comes by way of Uncle Bobby B. selling him to Sam Witwicky. Considering the semi-classic nature of the vehicle and custom faded paint job, Bumblebee was priced at an affordable $5K. Pretty cheap for one of the greatest Autobots of all time.

Coming in at #1 is the leader of the Autobots, Optimus Prime. As a kid we thought he was the coolest Transformer ever, and we would be lying if we said we didn't cry when he died in Transformers: The Movie. Optimus has the leadership qualities to engage and inspire all who follow him. His never-ending efforts to keep the world safe from the Decepticons will always put him number one on our list and our hearts.

Be sure to check out our list of Top 10 of Gen 1 Decepticons to see how your favorites match up to ours. Also take a look at these amazing products from Flame Toys and Sentinel.