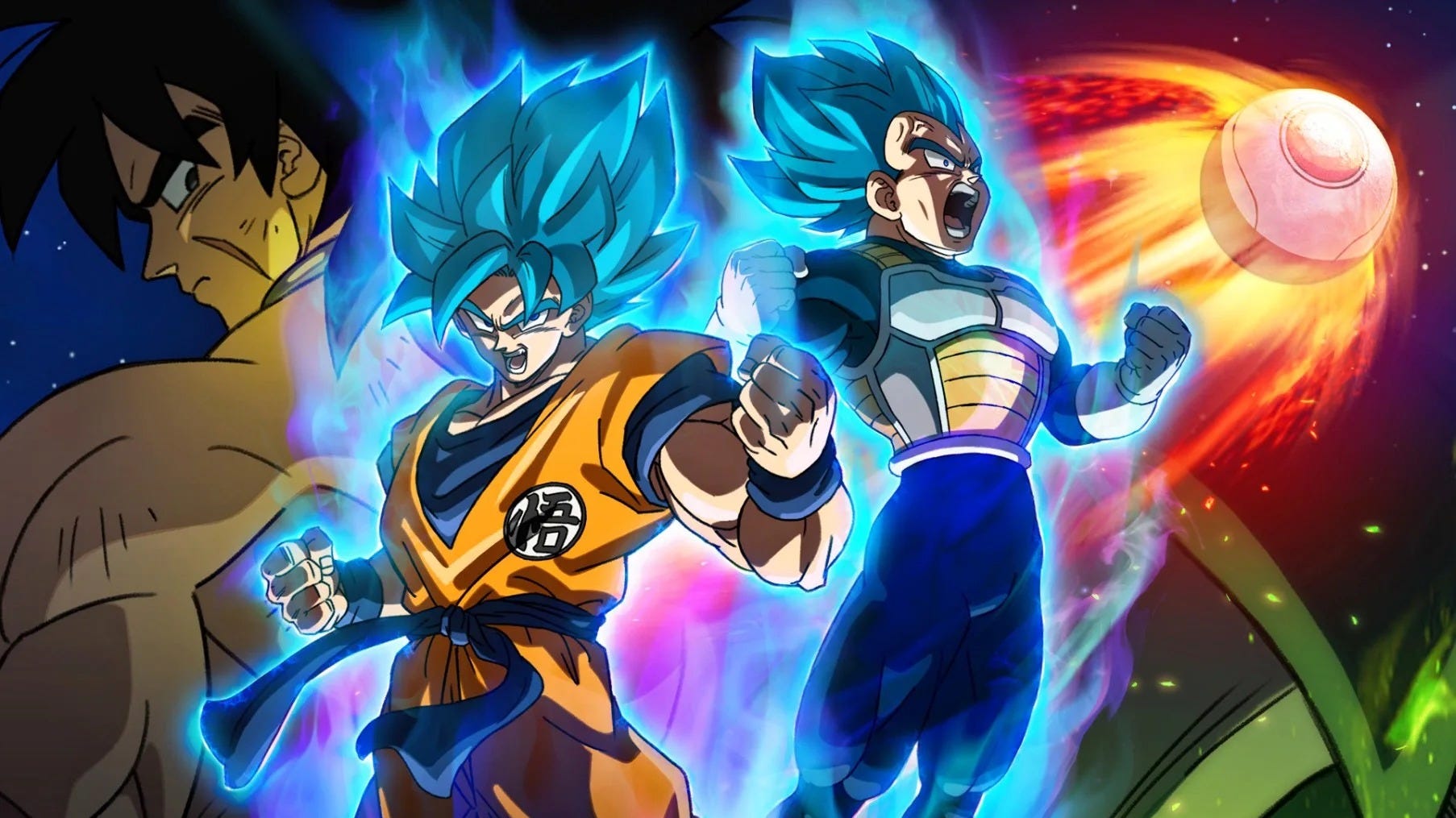 Dragon ball is a longtime running franchise. Created by Akira Toriyama in 1984, the manga was serialized by Shonen Jump, with the anime being adapted two years later. Dragon Ball has become a successful franchise all around the world, with millions of fans all over. It has had a major influence amongst many manga and anime fans as well. With a franchise running for over thirty years, there has been plenty of characters for fans to call their "favorite." We're here to give you our top 5 Dragon Ball characters.

Broly was introduced in the 1993 DBZ movie, Dragon Ball Z: Broly - The Legendary Super Saiyan. He later appeared in two more films in 1994, but we wouldn't see the legendary Saiyan make another appearance until 2018 in Dragon Ball Super: Broly. Outside of the four films, he's appeared throughout the years in media like trading card games or video games. His notability was when he defeated four Saiyan's. We can say his brute appearance, and cool design have won fans over.

It feels like a cop-out to put two characters under the same ranking, but they're an iconic duo. Appearing in the Android Saga in DBZ as villains, the two are activated to kill Goku. Both androids proved to be strong, and easily defeated the fighters. By the end of the Cell Saga, both 17 & 18 have become an integral part in the Dragon Ball franchise; Android 18 becoming part of the Z fighters and Krillin's wife, and later in Dragon Ball Super (SPOILERS), Android 17 becoming the savior of the universe.

Vegeta, the Prince of all Saiyans, is one of the major characters in the franchise. Originally appearing as a villain, Vegeta has gone through some major character development to turn him into the hero he is today. He's always falling behind Goku, as sort of the #2, but that doesn't stop him from trying and actually getting stronger too. He's also a good dad, and husband, which we can all respect.

Coming in at #2 is Future Trunks. Trunks was introduced in DBZ during the Android Saga as a time traveler coming back to change the future. Eventually, the audience would find out he is the son of Vegeta and Bulma; making him the second half-saiyan, half-human, next to Gohan at that time. Trunks was also revealed that he can go super Saiyan, which made him the 2nd Super Saiyan to appear on the show, just before Vegeta went SS. He also wields a sword, and that's cool.

Our #1 spot belongs to Goku's first born, Gohan; more specifically, teen Gohan. Young Gohan was too whiny, and adult Gohan...well, he had other priorities. Teen Gohan will always be remembered as the fighter that defeated Cell. That seizure-inducing moment when both Gohan and Cell unleashed a Kamehameha, and Gohan overpowered Cells (no thanks to Vegeta), will always be an iconic moment in Dragon Ball history. Even before that, the moment he transformed to Super Saiyan 2 is an iconic moment; that was also the first time Super Saiyan 2 was shown. He even defeated the Cell Juniors that appeared in the arc. Teen Gohan had a lot going on during DBZ and it left an impact on all of us. That's why Teen Gohan is our #1 pick for our top 5 favorite DB characters.

If you have any other favorite Dragon Ball characters that didn't make it on the list, comment down below.